A conference like no other in geothermal steam fields 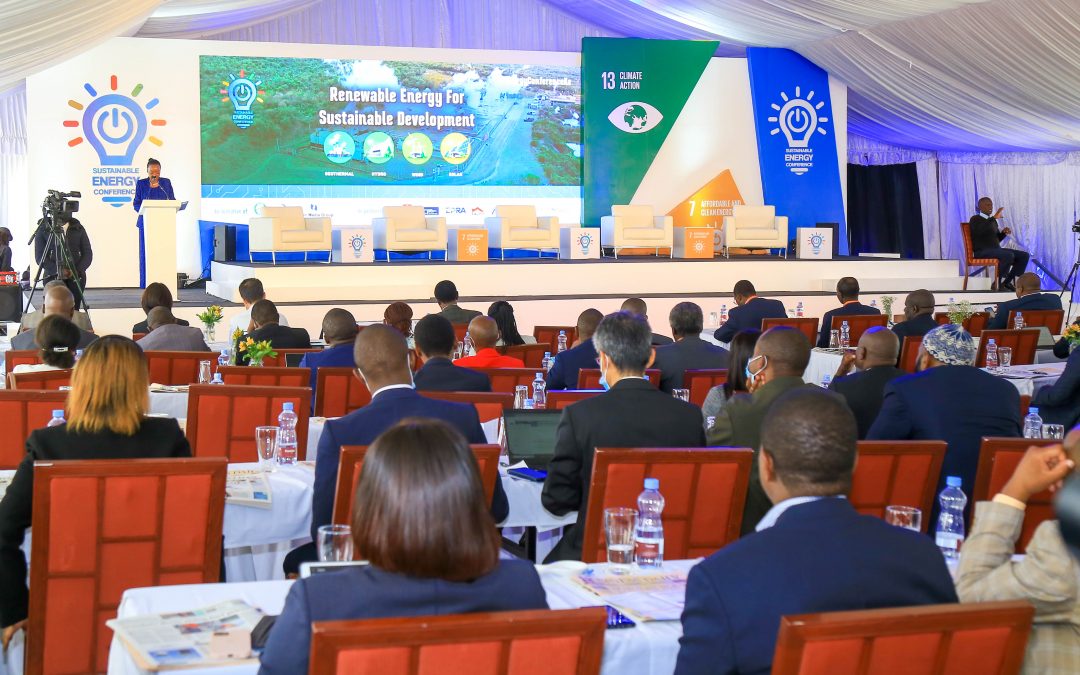 Heading to the venue for sustainable energy conference in Kenya last week felt like being on a safari tour.

The event took place smack in the middle of rugged steam fields – the Olkaria geothermal complex along the Rift Valley. Besides the heated discourse around renewable energy and energy efficiency, the whole event was kind of a date with nature. Participants caught a break from the hustle and bustle of city life, taking in the natural smells, the sights, the sounds.

“It’s one enlightening conference and the location in the steam fields adds the magic to the whole experience,” said Chiharu Shirai, a delegate from the International Finance Corporation (IFC).

From the huge tented conference hall, one could catch the gentle chirrup of birdsong. Outside, a gentle breeze sifted through the surrounding vegetation, licking the necks of the delegates. Columns of feathery white steam could be seen not far away drifting skyward from geothermal wells scattered across the vast hardscrabble land.

A couple of steps from the tent, a sprawling bluish geothermal spa beckoned visitors to swim in the tropical, balmy weather. Next to it under a smaller tent were miniaturised power plants – wind turbines, geothermal and hydropower – demonstrating how the power stations normally function.

“For Africa to succeed in achieving a just energy transition, it requires an investment of $28 billion annually up to 2030,” said Energy Cabinet Secretary Monica Juma.

In 2020, Africa accounted for a paltry two percent of the global share of developed renewable energy capacity despite being endowed with enormous potential energy resources, according to the International Renewable Energy Agency (IRENA). Yet almost half of the population lacks access to electricity.

The good news is that the private sector and development finance institutions can help plug the energy investment gaps in Africa through a diverse set of financial instruments.

“In addition to traditional financial instruments such as loans and equity, other innovative tools could be used to boost investments including syndication, blended finance, and partial risk guarantees among others,” IFC senior operations officer in Africa Tilana De Meillon told participants. 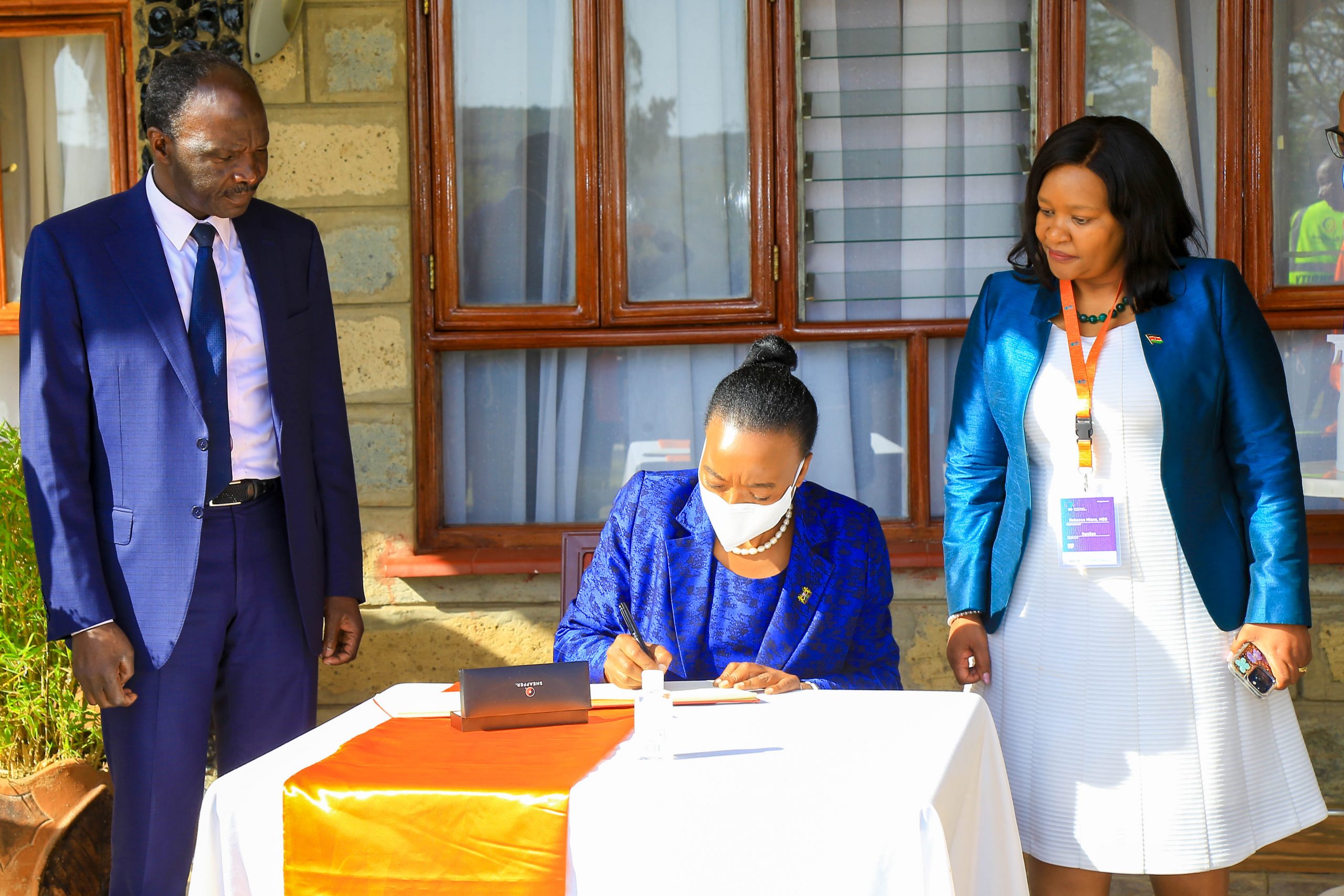 There was more to the conference besides presentations and panel discussions.

Delegates were taken on a tour of a nearby geothermal power station, as others opted to swim in the warm geothermal spa. For golf enthusiasts, there was a chance to go tee-off.

Meanwhile, amid the discussions and knowledge exchange at the conference earlier on, an interesting debate emerged.

KenGen, in showcasing its milestones, claimed its single most productive well in Olkaria steamfields is the largest in Africa and among top five globally. KenGen’s wonder well with a capacity to produce 30MW, known as Olkaria OW-921, was sunk seven years ago at a depth of 3km.

On the other hand, GDC officials also present at the conference held that the Africa title goes to their Well 1A with a capacity of 30.6MW at Menengai fields in Nakuru.

Analysts have cited the rivalry that has bubbled to the surface as healthy and one that points the country in the right direction in the quest to growing its stock of green energy. On the back of these successes, the two firms have cast their exploration nets wider in the search for potentially bigger wells. KenGen has gone farther, making inroads into neighbouring nations such as Ethiopia and Djibouti where it has been contracted to drill exploration wells.

A standard well on average yields only 5MW, meaning GDC and KenGen’s wonder wells are each equivalent to six wells. Drilling a single well costs an average of $5 million, reaching depths of up to 3.5km, according to KenGen engineers. Some wells turn out dry, returning losses to investors in terms of sunk costs.

At 30MW, Kenya’s top steam wells are not far behind the world’s best wells in Indonesia and California with a capacity of up to 40 MW per well.

GDC is fully owned by the government while KenGen, which is listed on the Nairobi Securities Exchange, is 70 percent owned by the State.

GDC is mandated to drill exploration wells in search of steam on behalf of private investors to de-risk the venture before handing them over to power producers at a fee.

KenGen piped the steam from its 30MW well, alongside dozens of other smaller wells to generate electricity from its 165.4MW Olkaria V power station.

It took the power producer 46 days to drill the 30-megawatt well at a cost of about $4.5 million.

Since a regular well yields only 5MW, it means drillers save cash when they strike high-yielding production wells. 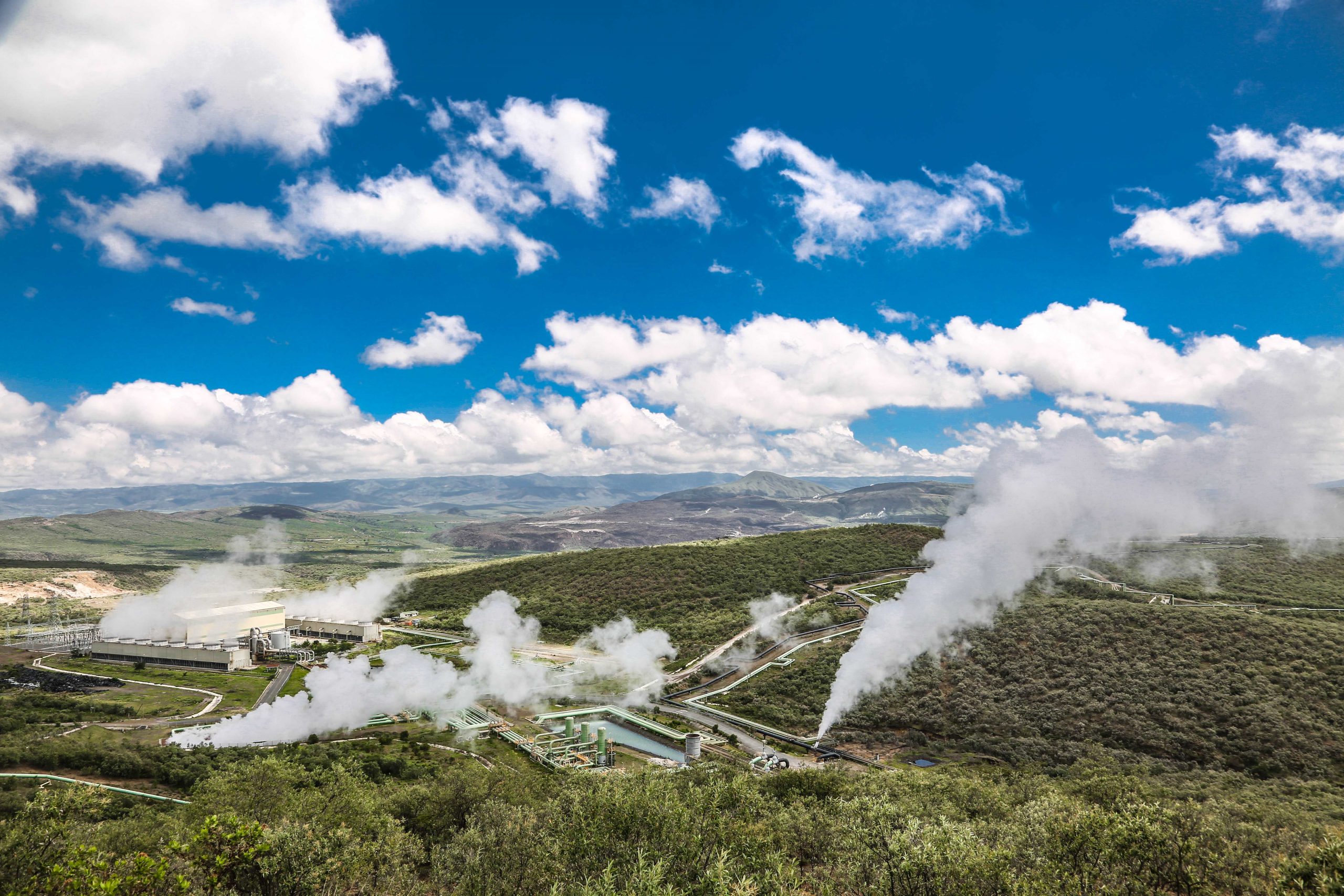 A geothermal station in the Olkaria complex

GDC has agreements to sell its Menengai steam to American firm Ormat Technologies, local company Sosian Energy and Mauritius-based Quantum Power, all of which look to construct a 35MW plant each.

Kenya is currently ranked the seventh largest producer of geothermal electricity in the world and the leader in Africa with a capacity of over 850MW.