Kenya to begin power trade with Ethiopia in November 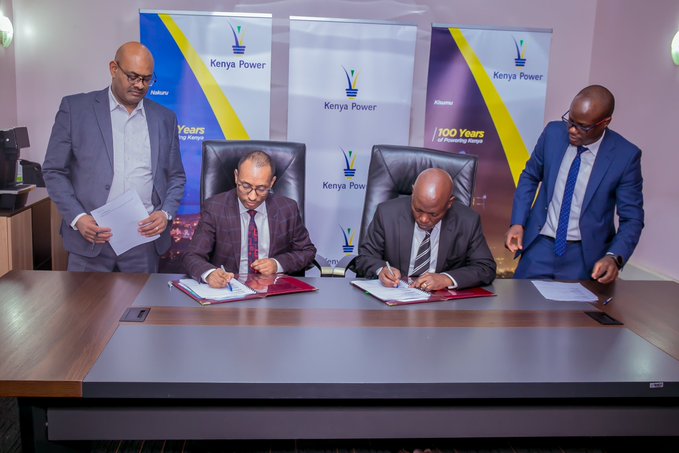 Kenya will from November begin buying 200MW from Ethiopia following a bilateral power trade deal that will see the capacity double over the next three years.

“Kenya Power has formally executed its power purchase agreement (PPA) with Ethiopian Electric Power (EEP) to actualise power trade between Kenya and Ethiopia with the commencement date set for November 1, 2022,”Kenya Power said in a statement on Thursday.

The deal will see EEP become the second largest power supplier to Kenya Power after the KenGen hydros eastern cascade with a contracted 600MW capacity.

The two neighbouring countries first entered a State-to-State agreement in 2012 allowing hydropower imports from Ethiopia but the deal dragged on following delays in construction of a 1,045km interconnecting transmission line. The line is expected to be completed before November, paving way for cross-border surplus power exchange.

In the 2012 original agreement, electricity distributor Kenya Power was obligated to buy 400MW of hydropower from Addis at a fixed tariff of seven US cents per unit for onward sale to homes and businesses in Kenya. The Kenya-Ethiopia original pact came with the take-or-pay condition, which required Kenya Power to buy 400MW from Ethiopia at any given time, failure to which it pays a fine in capacity charges. Following the delays, the two sides recently renegotiated the terms, the details of which have been kept under wraps, especially around the tariffs and the take-or-pay clause.

Sources said one of the talking-points in the recently concluded renegotiations was removal of the take-or-pay condition, deemed disadvantageous, and peg bilateral power purchase purely on need basis.

The 2012 pact, allowing surplus power exchange, was part of Kenya’s strategy to have energy security at any given time, a period during which the country was heavily reliant on its inadequate hydropower, along with expensive thermal power. The country has, however, over the years added new geothermal energy plants to its grid, along with the 310MW Turkana wind farm, creating surplus capacity.

Aside from Kenya, Tanzania has a memorandum of understanding (MoU) to buy 200MW of hydropower from Ethiopia. Tanzania expects to import the hydropower and wheel it through the Ethiopia-Kenya line at a fee (wheeling charge).

The 1,045km interconnector line (433 km in Ethiopia and 612 km in Kenya) is set to be the longest in East and Central Africa. Construction is complete on the Ethiopia’s side, being shorter, while Kenya’s side is expected to be commissioned any time before November. The 500kV high voltage direct current (HVDC) line, interconnecting at the Moyale common border, has the capacity to carry 2,000MW of electricity in either direction.

It’s among the three ongoing interconnector projects meant to create eastern power pool. The others are 400kV Kenya-Tanzania (Isinya-Singida), and Kenya-Uganda (Lessos-Tororo) interconnector lines. The Kenya-Ethiopia interconnector (Welayta Sodo – Suswa line), also known as the Eastern Electricity Highway, is Kenya’s first direct current (DC) line. All the other transmission and distribution lines in the country are alternating current (AC) wires.