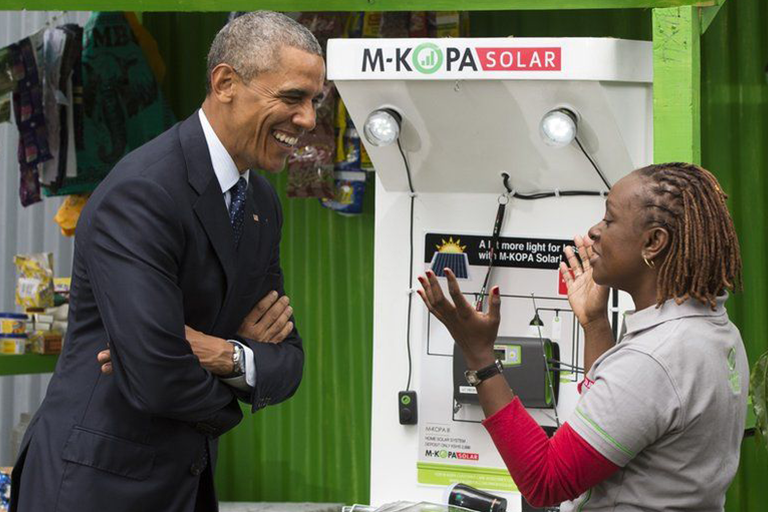 A solar power project under former US President Barack Obama’s energy initiative has fallen four years behind schedule in Kenya, with the developers pushing the completion date to 2024.

The 40MW solar station, estimated to cost $70 million, was expected to go live by 2018 alongside a backup battery storage unit and built by Xago Africa in Siaya, western Kenya.
Work is, however, yet to start four years later, partly due to changes to energy policies in Kenya.

“The project is awaiting a new commercial operation date. We are, however, looking at December 2024,” Xago managing director Paul Webb said when reached for comment.

The project received $1.1 million in 2017 for feasibility studies from the US Trade and Development Agency under Obama’s Power Africa initiative, aimed at helping electrify the continent. Besides financial support, Xago was also to get technical support from North Carolina-based battery storage manufacturer Alevo USA.

Asked on the cause of the delays, Webb said: “Delays were as a result of Kenya Power’s moratorium on negotiating power purchase agreements (PPAs) in 2019 before Covid-19 arrived, and then the moratorium on new power plants during taskforce sittings.”
President Uhuru Kenyatta last year formed a taskforce to look into the existing contracts between power producers and retailer Kenya Power. During that period, a moratorium was placed on the signing of new PPA contracts.
This came following concerns that Kenya Power is stuck with lopsided contracts under the ‘take-or-pay’ model, which force it to pay heavy capacity charges to power producers even when their plants are idle.
Should it be built, the Siaya solar-powered station would be the first in the region to go alongside a utility scale battery unit.

The developers had in April 2017 said they were in the market to procure equipment for the 40MW solar park. Construction was expected to take six months.

Power Africa, a private-sector led initiative launched by Obama in 2013 while in office, pledged to install 30,000MW of electricity in sub-Saharan Africa where millions of households lack power access.