Why Kenya-Ethiopia power line is a game changer 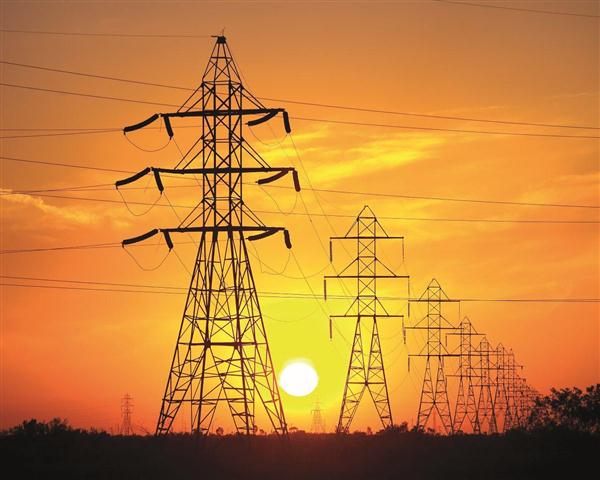 The transmission line linking Kenya to its northern neighbour Ethiopia for regional electricity trade comes with many firsts.

The line interconnects at the Moyale common border and has the capacity to carry 2,000 megawatts of electricity in either direction. This transfer capacity is nearly Kenya’s current maximum consumption (peak demand) of about 2,036MW.

With the line, comes yet another first.

It’s set to be the region’s first 500kV high voltage direct current (HVDC) line. Until now, the 400kV Mombasa-Nairobi 482km transmission line built in 2017 was the longest and had the highest transfer capacity of 1,500MW, followed by the 400kV Loiyangalani-Suswa 435km double circuit line with a transfer capacity of 1,000MW and connecting Lake Turkana wind farm to the national grid.

Equally, the Kenya-Ethiopia interconnector line, also known as the Eastern Electricity Highway, is Kenya’s first direct current (DC) line. All the other transmission and distribution lines in the country are alternating current (AC) wires.

Direct current transmission is best suited to cover long distance electricity transportation, over 600km on land, in line with global best practices.  This is because direct current (DC) conductors come with the benefit of lower power losses compared to alternating current (AC) transmitters which, though cheaper, tend to easily heat up resulting in heavy losses during electricity transportation. This is especially so for lower voltage cables.

Equally, using a DC line is simple for cross-border exchange, since it allows seamless transmission and integration of electricity between different power networks, in this case, Ethiopia’s system and Kenya’s. The high voltage direct current line will allow smooth transfer of power between the two different grid systems, effectively reinforcing the stability and economy of each grid.

Such is not possible with AC transmission which requires synchronisation of systems between the two sides for electricity transfer, a complex task. Even locally, an AC power source cannot inject power into the national grid unless it is running at the same frequency as the rest of the grid/network, what is technically known as synchronisation. That’s precisely why during test runs for a new power plant, electricity is flowed from the national grid towards the plant through a transmission line as a standard global procedure in an alternating current system.

The reverse power flow is meant to balance out the voltage of the power already on the grid with that from the new plant, basically matching the known voltage in the system with the unknown from the new plant. It’s only after the synchronisation that such a plant can start injecting power into the grid.

But even with its many advantages, direct current transmission is more expensive than AC due to the many costs incurred on extra equipment needed at the conversion substations for the voltage to be stepped down to levels that the power grid can absorb.

AC is simple and cheaper to step the voltage up and down through transformers at substations, explaining its wide use under normal circumstances.

Some context will help here. At the site of power plants, there’s always a nearby step-up substation that raises the voltage of the generated electricity to be transmitted over long distances through high voltage power lines. This is because power transportation via high voltage lines reduces transmission losses. On the other end, at the load/demand centres, a step-down substation plays the reverse role and feeds the stepped-down electricity to lower voltage distribution lines (below 132kV) connected to homes and businesses.

Lower voltage lines, though cheaper and necessary for distribution, are prone to heavy power losses since the lower the voltage, the higher the current flowing through the cables. High current causes the conductors to heat up, which is basically power loss.

The Kenya-Ethiopia line will allow power trade between the two economies. Ethiopia is hydropower-rich while Kenya is geothermal-rich.

The 500kV direct current bi-pole transmission line will interconnect the electricity network of Ethiopia, at the Wolayta/Sodo substation, with the Kenya network, at the Suswa switchyard. The Suswa switchyard in Narok is a strategic national asset since its Kenya’s main interchange for electricity coming from different power sources and locations, including geothermal from Olkaria in Rift Valley and Turkana wind power from Marsabit, northern Kenya. Ethiopia imports will also terminate at the Suswa station.

The Kenya-Ethiopia project will enable cross-border trade of affordable and reliable energy from the East African region and eventually to the Southern Africa Power Pool (SAPP), through Tanzania.

Through this line, power will be wheeled to the South African Power Pool and vice versa.

The project financiers are African Development bank (AfDB), French Development Bank (AFD), World Bank and government of Kenya at a cost of Sh63.2 billion ($630 million). It was expected to be completed in April 2020 but ran into delays.

The project is developed by a consortium of contractors comprising Germany-based Siemens for the converter station, KEC International of India, Larsen and Toubro of India and Kalpataru Power Transmission of India. China Electric Power Equipment and Technology Company is overseeing the line construction.